Back in the beginning.... 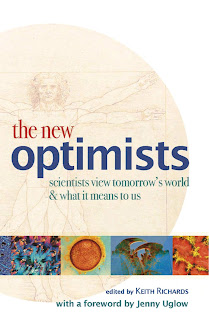 Quite by chance this week I got reminded that I did a chapter for a book called The New Optimists back in 2009 on chatbots and virtual humans. The book showcased the views of scientists and engineers from around the Midlands on how they saw their own fields developing. Kate Cooper did an excellent job in pulling it all together and has continued to promote several of the themes developed in the book.

A few quotes from my own chapter - which at least show the persistency of my interests and thoughts!

Many, myself included, doubt whether the Turing Test is actually a good (or even sufficient) test of artificial intelligence

I for one am optimistic that we will see a Turing Test passed within the next few decades, maybe even within a single decade

In a virtual world we have a level playing field for any twenty-first century Turing Test.

The game has changed subtly, but significantly, from the bot having to prove it’s a human to just having not to give away the fact that it isn’t

The real opportunity of virtual worlds is that it gives the bot an environment in which to live and even grow in.

Posted by David Burden at February 19, 2019
Email ThisBlogThis!Share to TwitterShare to FacebookShare to Pinterest

The Virtual Humans have arrived! 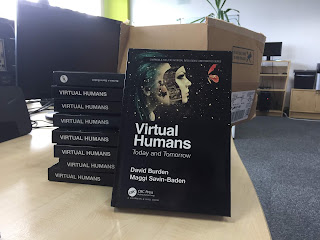 My gratis copies of Virtual Humans have arrived. Lovely looking book and thicker than we expected (guess we wrote more than we thought...).  Get you copy on Amazon (links at right) or from all good academic book stockists!
Posted by David Burden at February 18, 2019
Email ThisBlogThis!Share to TwitterShare to FacebookShare to Pinterest 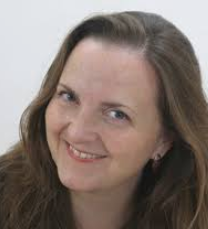 Another great review of the book in, this time from Nicola Strong who runs Strong Enterprises.

"Intelligent, pragmatic and insightful, Virtual Humans is an essential guide for those who want to understand the complex landscape of today’s technology when thinking about designing and building a virtual human. Helpfully, it clearly deploys a wealth of supporting analysis, case studies, research, ethical questions, and moral dilemmas and adds a refreshing dose of healthy common sense along the way."

Nicola creates and researches on-line and blended learning programmes for distributed or virtual groups, with  a particular interest in serious games, data analytics, experientials with Augmented Reality (AR) and the ethics of Artificial Intelligence (AI). She is also developing a framework for designers of conversational chatbots working with those with impairments or disabilities. Nicola is also involved with the AI&Robotics series of events in London. Nicola is Thalia Poliatevska in Second Life.

Posted by David Burden at February 14, 2019
Email ThisBlogThis!Share to TwitterShare to FacebookShare to Pinterest

The book is out! 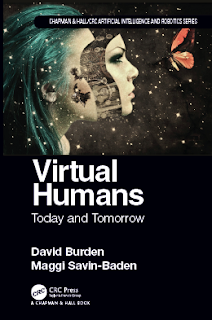 Virtual Humans:Today and Tomorrow is now out and available to buy from Amazon, direct from CRC and other retailers. Links to Amazon and CRC top right.

This site will tell you a lot about what is in the book, and we've also already posted two reviews on the blog (see below or reviews tag), and have another one to post up tomorrow.

We hope you buy and enjoy the book. We've also really enjoyed working with the team at Taylor & Francis, and would recommend them to any other budding authors.

Interesting article on ZDNet about a recent competition administered by Facebook's AI researchers, with help from Microsoft and others, to show the state of the art in chatbots. The overall result was "soul-crushingly boring and nonsensical" according to ZDNet.

But an interesting perspective was then posted by one of the stalwarts on chatbots.org, who, recognising that most of the bots tested were "modern" ones developed by commercial start-ups and based around machine learning/neural net algorithms said  "This reinforces my belief that using a neural network for a chatbot instead of being rule based is simply not an option. I have yet to see any neural net based bot that was any good.".

Think I'd tend to agree.

CLAIRE - Confederation of Laboratories for Artificial Intelligence Research in Europe

There is an interesting move underway to establish a pan-European AI research federation - a sort of decentralised CERN for AI.

"CLAIRE is an initiative by the European AI community that seeks to strengthen European excellence in AI research and innovation. To achieve this, CLAIRE proposes the establishment of a pan-European Confederation of Laboratories for Artificial Intelligence Research in Europe that achieves “brand recognition” similar to CERN."

"The CLAIRE initiative aims to establish a pan-European network of Centres of Excellence in AI, strategically located throughout Europe, and a new, central facility with state-of-the-art, “Google-scale”, CERN-like infrastructure – the CLAIRE Hub – that will promote new and existing talent and provide a focal point for exchange and interaction of researchers at all stages of their careers, across all areas of AI. The CLAIRE Hub will not be an elitist AI institute with permanent scientific staff, but an environment where Europe’s brightest minds in AI meet and work for limited periods of time. This will increase the flow of knowledge among European researchers and back to their home institutions."

CLAIRE itself is not yet funded but sees "HUMANE AI, the FET Flagship Project Proposal for New Ethical and Trustworthy AI Technologies to Enhance Human Capabilities and Empower European Citizens and Society, is a key component of the CLAIRE vision for European excellence in Artificial Intelligence."
Posted by David Burden at February 11, 2019
Email ThisBlogThis!Share to TwitterShare to FacebookShare to Pinterest


Posted by David Burden at February 05, 2019
Email ThisBlogThis!Share to TwitterShare to FacebookShare to Pinterest 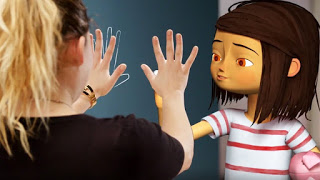 Now the company is pushing even further in that direction, dubbing itself a “virtual beings company” rather than an immersive storytelling studio. The idea, says Fable co-founder and former Oculus Story Studio alum [ed - and VRWC17 speaker] Edward Saatchi, is to imbue the character Lucy with AI and natural input such that each viewer can have unique interactions with her, with the potential for those interactions to become part of Lucy’s memories which could color future interactions..."
Posted by David Burden at February 04, 2019
Email ThisBlogThis!Share to TwitterShare to FacebookShare to Pinterest 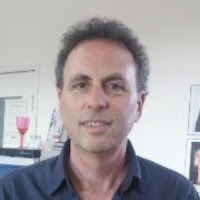 Another great review, this time from Professor Richard Gilbert, Professor of Psychology and Director of the Psychology and New Technology Research Lab, at Loyola Marymount University, Los Angeles, California. Professor Gilbert staged one of the first covert Turing Tests in a virtual world which achieved a 78% deception rate.


David Burden and Maggi Savin-Baden’s Virtual Humans offers a thorough, research-based treatment of how digital entities with human-like features and capabilities have left the domain of science fiction and are rapidly becoming a major aspect of human culture. In their clearly-written and well-organized work, they describe the current forms and abilities of virtual humans (including smart speakers and virtual assistant systems like Siri, Alexa, and Cortana and various types of Internet-based chatbots); examine how the creation of virtual bodies, senses, and minds can be combined to create virtual humans; and consider potential developments in the nature and functionality of virtual agents across a range of timeframes from the end of the next decade to the end of the century. Significantly, the authors recognize and discuss the great ethical, moral and social implications of these technological developments which makes their work relevant and important for the social sciences and humanities as well as the domains of computing and information sciences. I certainly intend to use Virtual Humans as an assigned reading in the interdisciplinary courses I teach on the personal and social impact of leading-edge digital technologies.


Posted by David Burden at February 04, 2019
Email ThisBlogThis!Share to TwitterShare to FacebookShare to Pinterest

With a week or so to go before print publication you can already read Virtual Humans (or at least some of it) on Google Books! Enjoy!