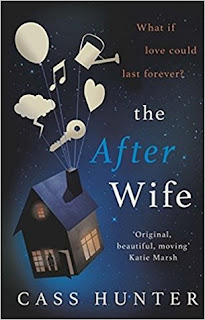 After the recommendation from Dr Elaine Kasket (author of All the Ghosts in the Machine: Illusions of Immortality in the Digital Age) at our book launch I picked up Cass Hunter's The After Wife to read whilst on holiday. Whilst not my normal sort of book it is a very C4 Human's take on an android copy of the main character who is there to support and comfort her family after she dies early, but expectedly. As with Humans the android shows a lot of hesitant, halting mechanical action, and equally cumbersome sentences, whilst at the same time being able to make long speeches and cogent arguments. Light on detail (understandably) when it comes to how the android's mind was made, other than lots of access to physical diaries/memorabilia/electronic data and watching the target character. There's also an interesting bit of comparison between the android and the elderly mother suffering from dementia who has not problem in seeing the android as just another nurse/carer.

A good read generally though, but as ever the obsession with the physicality of virtual humans.