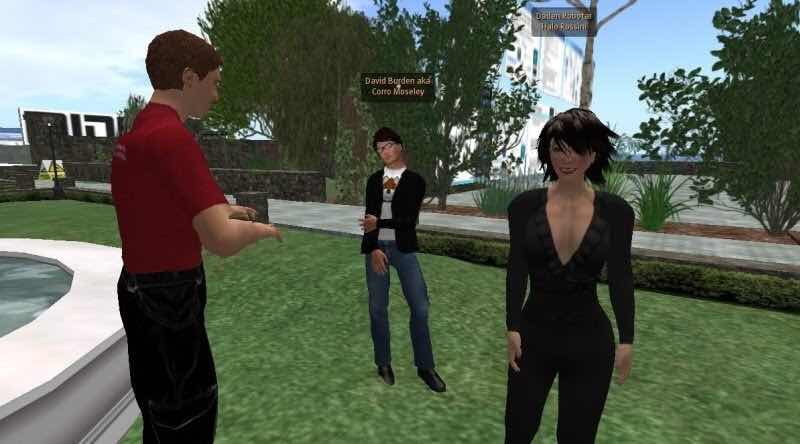 Halo is a prototype virtual human which we’ve developed in various forms over the last decade or so. She started out as a text based chatbot on a PC, then became a head and shoulders animated avatar with text-to-speech on the web, and then a full body avatar with an emerging life of her own in The Second Life virtual world. A version of her was a finalists in the British Computing Society’s 2009 Machine Intelligence Competition (and I still maintain that she’d have won if Second Life hadn’t gone down just before the demo and I had to rely on a video!).
In Chapter 8 we describe the overall architecture of Halo and how we’ve integrated her natural language capability with an emotional architecture, a motivation architecture, virtual world navigation and  interaction capabilities and even a energy model (so she goes to sleep at night, and one day will have the ability to dream as she sorts the day’s episodic memories).

We’re just preparing a new release of Halo for both the web and virtual worlds and will link to her once that is available.
Email ThisBlogThis!Share to TwitterShare to FacebookShare to Pinterest
Home
Subscribe to: Posts (Atom)