In Chapter 8 of the book we use a number of different lenses to consider how virtual humans compare to physical humans. Those lenses, and others we’ve identified since, are summarised below. Get the book for a fuller description.
The HUHN Model 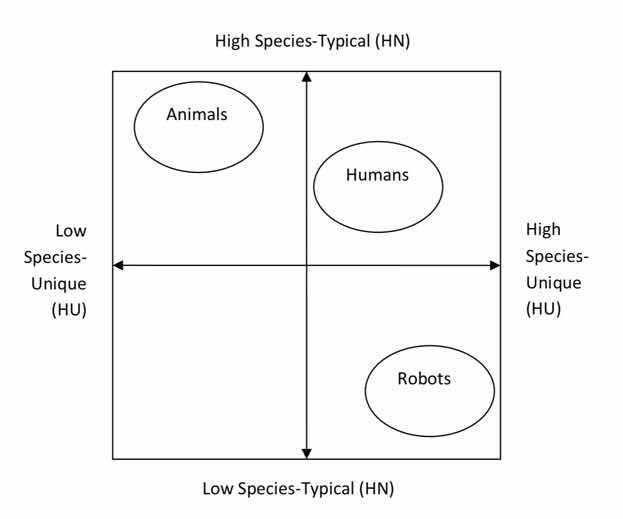 Wilson and Haslam (2013) have identified two distinct senses of humanness in their investigations into social psychological behaviour. Their interest stems from both understanding the divide between humans and animals, and in the changes in behaviour caused by different mental health conditions. The senses are:
It’s interesting to think of the journey that virtual humans are making from Low HN - High HU to possibly High HN - Moderate HU.
The Personhood Model
A further useful lens through which to consider the virtual human is that of personhood. Harré (1997) defines personhood as a threefold phenomenon, ‘a sense of personal distinctiveness, a sense of personal continuity and a sense of personal autonomy’. The New Scientist (2 July 2016) presented 6 attributes for animal personhood developed by Kristin Andrews, which could equally be applied to considering virtual human personhood:
Marshall McLuhan’s Tetrad 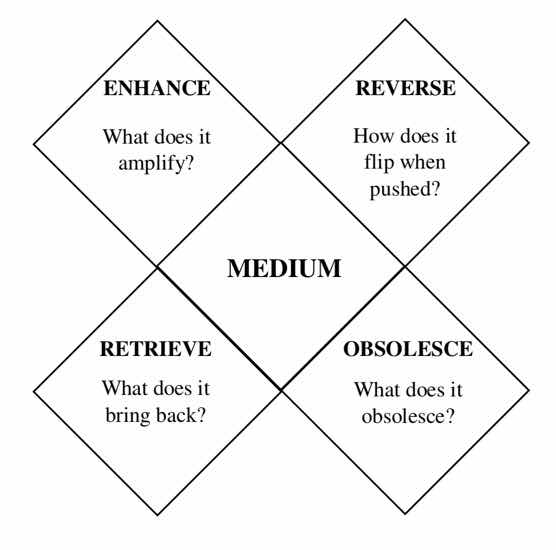 Marshall McLuhan’s Tetrad is a great way of considering any new technology or social change. We used to use it to analyse things like the Internet and Virtual Worlds, and we can usefully apply it to Virtual Humans and think about what they might Enhance, Reverse (slavery?), Retrieve and Obsolesce (us?).
Email ThisBlogThis!Share to TwitterShare to FacebookShare to Pinterest
Home
Subscribe to: Posts (Atom)