Perception is the process by which an entity receives a signal from some sensory system, for example sight or hearing, and generates an internal representation of what is being perceived and then consciously experiences it (Prinz, 2006).  However, what the brain perceives may be different to what is really there – what some have defined as an ‘internal external-reality’ (Lilly, 2010). Such perception effects may range from simple visual illusions to making mistaken assumptions about people. This process of perception is initially a subconscious one, until followed by a more conscious attention process where the brain focuses on the most interesting pieces of information.

Some classic examples of tricks of visual perception are given at: 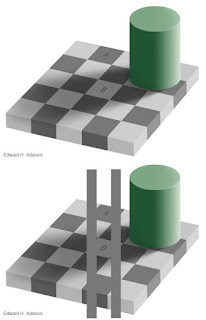